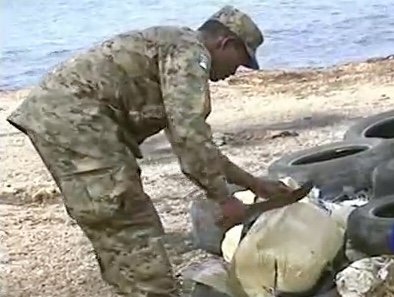 Antigua to Legalize Marijuana – Urges other Countries to Follow Suit

8 months after passing a bill to decriminalize marijuana, the Government of Antigua and Barbuda will go back to parliament this month, as it pushes for legalization.

The country’s Agriculture Minister Dean Jonas says decriminalization has been successfully rolled out and it is now time for stepped up action, in order to take advantage of the opportunities of medicinal marijuana.

Antigua and Barbuda blazed the trail in the Sub-Region, when its parliament passed the Misuse of Drugs (Amendment) Bill, which decriminalized the possession of up to 10 grams of pot. It also allowed a household to have up to four plants.

“We had a presentation from the University of the West Indies on the prospects of the Cannabis Industry, mainly for medicinal purposes. I will tell you now that Antigua and Barbuda has already decriminalized a certain amount of marijuana and it has been working well for us,” he said.

Jonas says Antigua and Barbuda is positioning itself to take advantage of the demand for medicinal marijuana. He is hoping that other small island states in the Caribbean will do the same.

“This month, we will be going to parliament again to completely legalize it. We fully intend to begin to invest heavily in the medical marijuana field, with the Caribbean Development Bank in particular, to provide opportunities for our people for the production of medicines using this product. I am excited about it and I think that it is something that the rest of the Region should pay attention to as well because our climatic conditions are very suitable for that sort of thing,” he said.

Earlier this year, the CARICOM Regional Commission on Marijuana, chaired by Professor Rose Marie Belle Antoine, called for marijuana law reform in member states. Titled “Waiting to Exhale – Safeguarding Our Future Through Responsible Socio-Legal Policy on Marijuana,” it called for cannabis to be legalized and regulated.