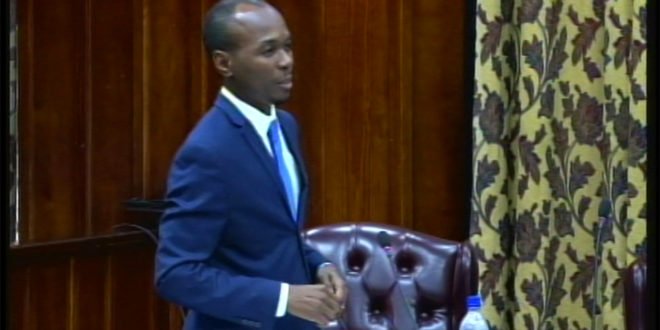 Member of Parliament for Anse-la-Raye / Canaries Mr. Dominic Fedee has been recommended by Parliament to face the Privileges Committee to answer to statements made in the House.

The United Workers Party MP has set a historic precedent to become the first Member of Parliament to ever face the Privileges Committee Chaired by the Speaker of the House and comprises opposition and government MPs.

During a heated September 12 Parliament Sitting, the Anse-la-Raye/ Canaries MP attempted to discredit due diligence practices of the previous Administration for the Citizenship by Investment Program [CIP] when he asserted that a potential investor was given approval without having met local authorization from the relevant State institutions.

The argument continued through the presentation by Castries South East MP Guy Joseph when Mr. Fedee rose on a point of elucidation in an attempt to clarify his prior assertion.

“… I would just like to take a few moments to clarify and apologize to the House…I was not attempting to mislead the House as was wrongly suggested…but, we came to the House with a pile of documents and… I would like to make a document of the House the correct cabinet conclusion…”

The Castries South MP, Dr. Ernest Hilaire who previously served as Chair of the CIP Board, interjected and promptly rose to correct Fedee’s claim.

With no Deputy Speaker appointed to date, House Speaker Leonne Theodore-John left her seat to verify the claims.

“I will rise to verify something but, I’m not leaving the Chamber.”

The Standing Orders of the House of Assembly dictate that proceedings be suspended or adjourned when the Presiding Officer is not available.

Mr. Fedee faces censure or suspension from the House if found in breach of the Standing Orders.

The previous version of this article stated:

Anse-la-Raye / Canaries MP to be Hauled before Privileges Committee for Disciplinary Hearing.

This headline has been changed to:

Anse-la-Raye / Canaries MP to Face Privileges Committee to Clarify Statements. Government officials have confirmed the initial charge of misleading the House has been quashed.