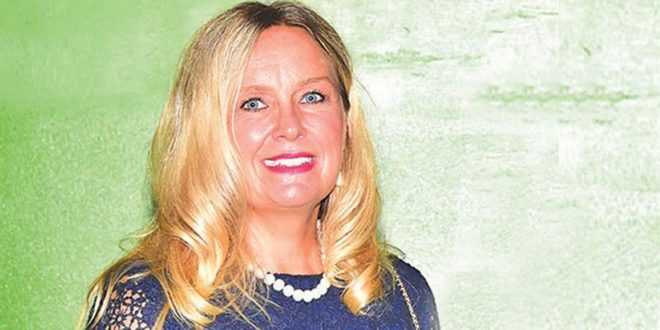 Ambassador of the Kingdom of Sweden, Her Excellency Ms. Elisabeth Eklund.

Ambassador of the Kingdom of Sweden presents credentials

GIS – THE COUNTRIES’ IDENTICAL INTERESTS RANGE FROM POVERTY ALLEVIATION TO THE PROMOTION OF SUSTAINABLE DEVELOPMENT.

Saint Lucia’s Governor General, His Excellency Sir Neville Cenac, on Thursday, March 15, accepted the Letters of Credence from Ambassador of the Kingdom of Sweden, Her Excellency Ms. Elisabeth Eklund.

During the brief ceremony which took place at Government House, Sir Neville noted the many identical interests that exist between the two countries such as poverty alleviation, the promotion of sustainable development and combating climate change.

Swedish Ambassador, HE Elisabeth Eklund said Sweden has 56 times the population of Saint Lucia, and is 734 times its landmass.

“It should be far easy, therefore, for Saint Lucia to grow and glow as you have. I would highly recommend that we be twinned with you, at the head, taking into account your avowal to work for a good and prosperous relationship between us. Our efforts can only come to naught where provocation by even one nation causes a nuclear war with devastating consequences to the world, not easy to contemplate.”

The Governor General said the removal of barriers to free trade has greatly benefited Sweden, as is evidenced by its strong economy, low unemployment and high standard of living, making it a first class model which Saint Lucia should be happy to emulate.