Bastille Day is celebrated in France on July 14 annually as the anniversary of the great French Revolution of 1789.

The History of France, especially the period of the French Revolution in many instances, was strongly linked to the History of Saint Lucia.  Alliance Francaise endeavours to reenact many of the scenes through  live theatre with technical sound and lighting,  with the backdrop of Pigeon Island National Landmark , being the perfect location, with all its historical infrastructure and background. 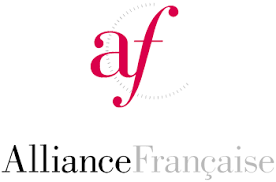 The Alliance Francaise has sought over one hundred up and coming actors as well as seasoned actors from Saint Lucia for this event.  The young actors are students of History, French and  the Theatre Arts from various schools on the island.   They will be experiencing a unique method of acting as they will be acting to audio lines whilst performing the actions –  therefore there will not be any memorizing of lines from a script.  This will serve as a showcase for the actors,  as the visibility is important for links for their future careers.

The intention is that the production Bastille Day will be an evening of education and entertainment which will bring to the fore the link between  Saint Lucia and France historically and even to this present day.

The main target market for this event are families, but will appeal to the general public as a whole.