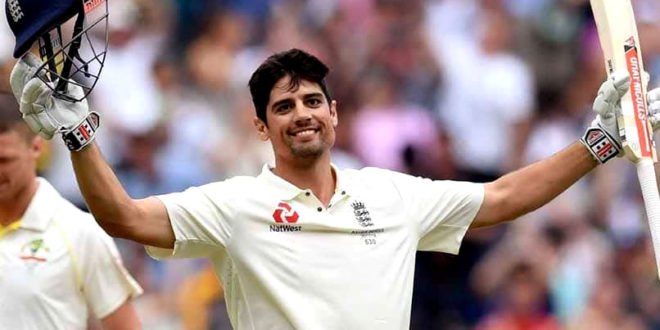 “There is nothing left in the tank,” said Cook, who captained his country in a record 59 Tests.

The fifth Test of the series, in which England have an unassailable 3-1 lead, starts on Friday at The Oval.

Cook is sixth on the all-time list of Test run-scorers and has made a record 11,627 runs as an opener.

He added: “I have achieved more than I could have ever imagined and feel very privileged to have played for such a long time alongside some of the greats of the English game.”

However, he has struggled this year, averaging 18.62 in 16 innings, and has not scored a fifty in the current series against India.