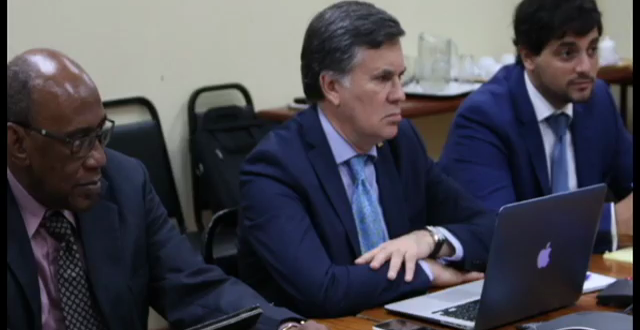 Carlos Furche of Chile and Manuel Otero of Argentina are the candidates vying to become the next Director General of the Inter American Institute for Cooperation on Agriculture (IICA).

The men are touring various countries, hoping to drum up support for their bids.

Agriculture Minister Ezechiel Joseph says IICA has given significant support to the industry in the Region and it was good to hear from one of the two men hoping to head the august body.

The agriculture minister says it is important to have a partner at the helm of the body; someone who understands the unique challenges faced by OECS member states.

Manuel Otero’s visit comes as Saint Lucia is pursuing measures to reduce a food import bill that in 2015 stood at a staggering $360 million.

Minister Joseph says he was impressed with Otero’s presentation.

He says OECS countries are prepared to vote for the candidate they believe would be in the best position to develop IICA and strengthen partnerships with member states.