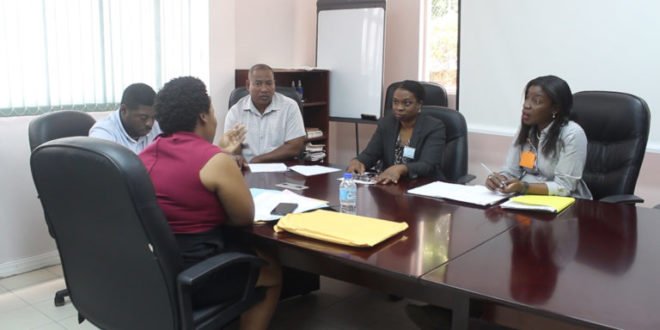 [Press release] The bodies of the all victim in the Collie Town incident have finally been released to their families now that the forensic investigation has end.

Director of Forensic Science Services at the Forensic Lab, Fernanda Henry revealed that the forensic investigation into the four suspicious deaths in Collie Town has finally concluded.

In March, the Ministry of Health stated that the four persons who died plus ten other persons from the Collie Town area who presented at the Victoria Hospital may have ingested a toxic substance resembling strong rum.

At a joint meeting with officials from the Royal St. Lucia Police Force, the Ministry of Health and Pathology, the Director of Forensic Science Services indicated the importance of determining the source and to understand what happened to the people who died and those living as well.

“We brought everyone together today so that we could have some sought of closure from the forensic perspective. The investigation still continues and so that the Ministry of Health as well can have some direction on how to treat patients if there are any outstanding or long standing effects to the exposure. And so we updated everyone with respect to where we are on this particular issue and we wanted to let the public know since we had issued something initially.”

She added that all four bodies have now been released to the affected families now that the forensic investigation has concluded.

“From the Pathologist end we have since released the bodies because we kept them until the forensic results were available. So we have now released the bodies so the families can have closure in that respect but the criminal investigation or the investigation continues so we can determine a source and really have a good understanding of what happened and try to prevent it from happening again.”

She thanked the family members for their outstanding cooperation and patience from the beginning in March of this year up to the present.

“From the initial meeting that we had with all of the agencies and we invited them, they came in willingly and they’ve been cooperative ever since. And we want to sincerely thank them. We understand that it was a very difficult time and they were not able to have proper burials for their loved ones until we were able to get a conclusion on the analyses. So we really want to thank them sincerely for being cooperative, for following up, they were very diligent with following up on the progress of the investigation. So we really want to express our thanks to them for that and we want to encourage St. Lucians to follow suit.”

The Royal St. Lucia Police Force and The Ministry of Health reserved comment until the criminal investigate has concluded.