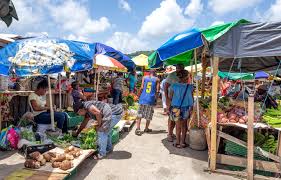 ADVANCEMENT DUE FOR CONSUMER PROTECTION LAWS IN SAINT LUCIA

(PRESS RELEASE) — The Consumer Affairs Department (CAD) is a step closer in the advancement of consumer protection in St. Lucia.

Legal Officer at the Ministry of Commerce Dylan Norbert-Inglis revealed that the consumer protection act passed in 2016 will soon have a commencement date.

Norbert-Inglis said: “It is now awaiting a commencement date which has not yet been given as a number of issues have been noted in the current draft. These issues are currently being discussed with the attorney general’s drafting unit, and we are working assiduously to remedy some of these issues. It is believed that within short order we should have the amendments ready for the act so that the amendments can be passed and a commencement date be given.”

Meanwhile, the National Consumers Association (NCA) has long advocated for the enactment of consumer protection legislation.

Former NCA President Hubert James said: “The question when you go to the stores, they tell you there’s no refund then no exchange and if we change it for you now and it happens a second time we not going to do it for you again. This is going to be something of the past.”

James added: “I think the NCA over the years, over the past 12 plus years, has waited patiently, with a little bit of anxiety, to see this consumer protection act is passed. I think it will bring a sense of relief to the Saint Lucian public and the consumers. To ensure that when they purchase anything from the private sector or from anywhere, there is a mechanism they can use. If they have any dissatisfaction with the service given to them, there is a place of redress.”

The Complaints and Investigation Unit at the Consumer Affairs Department is tasked with that responsibility of redressing consumer issues. The process is simple, if you the consumer has tried to resolve the matter with the business place and it has not been resolved, you come into Consumer Affairs and fill out a form, giving a statement of fact. Thereafter, the CAD will intervene on your behalf to settle the matter with the business.