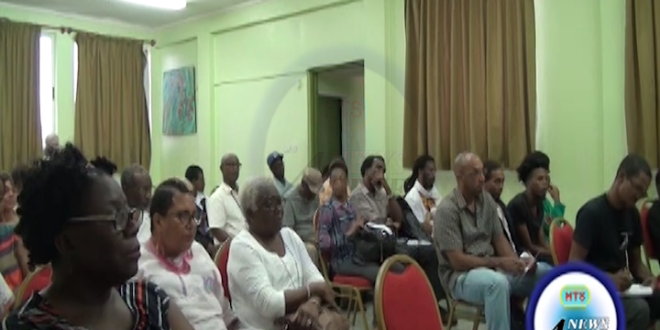 Press Release:-  Members of the Artistic and Cultural Community of Saint Lucia have agreed on a number of new initiatives aimed at dissuading the Saint Lucia Government from pursuing its plans to relocate the National Cultural Centre and Cultural Development Foundation (CDF) headquarters from their location at Barnard Hill to a site at Union.

At a meeting, on Wednesday afternoon 28th March at the CDF conference room, called to update membership on developments relating to government’s proposal, the creatives reaffirmed their strong opposition to the Government’s plan and their determination to resist it.

The more visible and increased resistance will include a number of major public activities in which artists and cultural activists will utilise their talents to express their views and mobilise public opinion as well as regional and international support against what they regard as the Government’s illogical plans for the Cultural Centre. Artistes have also pledged to take their own individual actions in support of the cause.

Wednesday’s meeting discussed the designs for a new Cultural Centre at Barnard Hill which was prepared by the group’s coordinating committee – ACCT- and which has been presented to the Board of the Cultural Development Foundation. It was further decided that group should be formalised and registered as a legal entity.