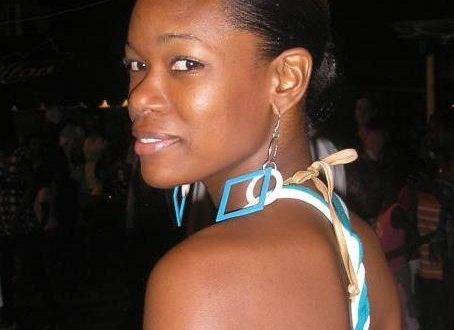 A mother’s final moments with her deceased daughter

Days after celebrating the birthday of her 4-year-old son ‘K.J’, 27-year-old Leysel Charlery Deterville perished in a horrific auto crash on August 31st. 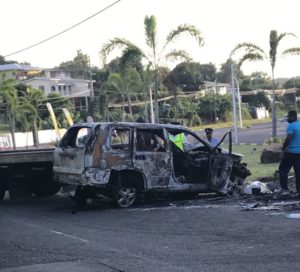 Deterville, known to love ones as ‘Liz’, was a passenger in an SUV, traveling south bound along the Castries Gros Islet highway in Marisule in the early hours of Thursday August 31st 2017. The vehicle reportedly careened off the road and flipped over, ejecting both occupants. 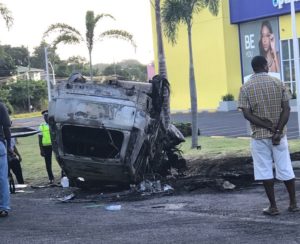 Charlery who was pinned under the SUV was burnt alive when the damaged vehicle caught fire. She was pronounced dead at the scene. The driver, whose identity has not officially been released, is said to have escaped serious injuries.

HTS News4orce obtained reaction from Catherine Charlery, mother of the victim, as she waited for the postmortem results. Charlery explained that she first heard the news of the crash on a local early morning radio talk show.

She is relying on her faith to cope with her daughter’s tragic demise.[Watch video.]