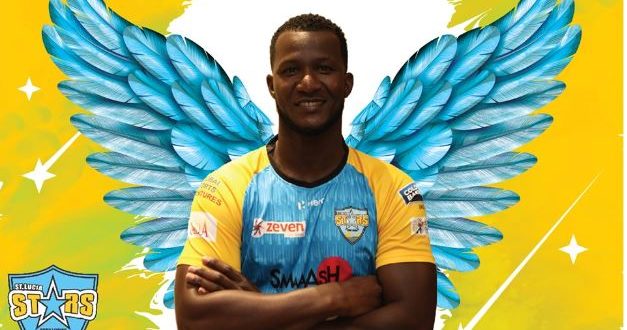 The St. Lucia Stars have officially welcomed former West Indies T20 captain Daren Sammy to their fold. Of the 5 St. Lucians down for the CPL Player Draft, which saw a record 536 cricketers world-wide registered, Sammy and Johnson Charles were the only two St. Lucians selected. However Charles will play alongside Jason Holder for the Barbados Tridents.

Now although the Stars haven’t announced their captain, Sri Lankan Lasith Malinga was named as their first round pick. Malinga bowled the last over in the finals against the Chennai Super Kings in the Indian Premiere League (IPL), leading his side Mumbai Indians to victory. Last year, Keiron Pollard captained the Stars team, however the Trinbago Knight Riders named him as their marque player for this year’s tournament.

This year’s tournament will begin on September 4th, and end on October 12th.