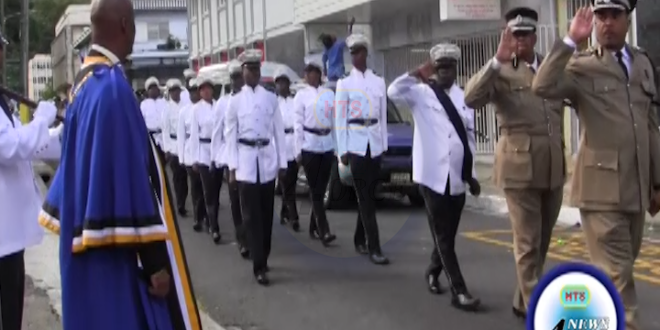 Castries commemorated 50 years as a city with the observance of a special annual Mayor’s Mass on National Day at the Minor Basilica Of The Immaculate Conception on Wednesday, December 13.

The church service was preceded by a military parade of the uniformed services from City Hall.

Press and communications manager at the Office of the Mayor, Jason Hullingseed says that the municipality is celebrating a milestone with its elevation to a city over five [5] decades ago.

He says this year marks a return for the time-honored tradition in the capital on National Day.

Hullingseed says there was a new twist to the military parade.

A special lunch was held for the underprivileged following the church service.

City officials say it is important to bring holiday cheer to those who may not easily experience it.

The mass and the special lunch are staples on the city council’s itinerary of holiday activities for many years.