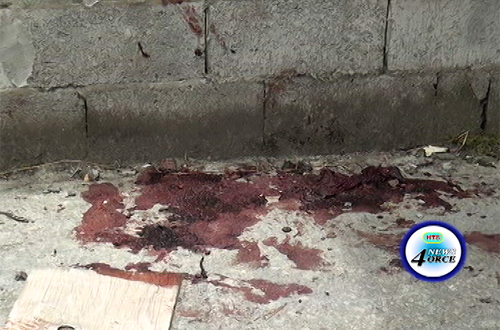 21 year old Nerius Batchoo, a resident of Augier, Vieux – Fort is fighting for his life at hospital.

Batchoo was allegedly slashed in the head with a machete during an apparent home invasion on July 12.

According to residents, a number of armed men stormed the house where Batchoo and a blind senior citizen were resided in. The 21 year old was cornered and chopped and beaten about the body.

Nerius Batchoo also sustained chop wounds to the legs in the attack.

Police have not disclosed the possible motive but, informed four people are assisting with investigations.