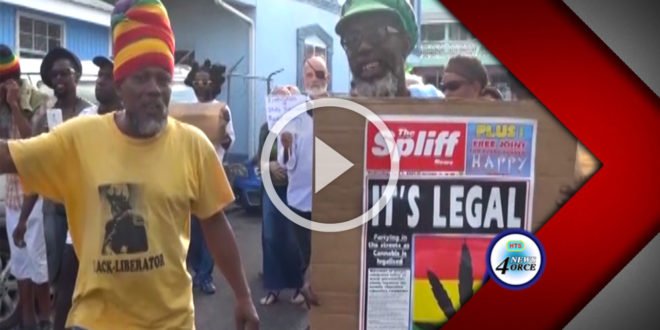 Proponents of the decriminalization of marijuana took to the streets of Soufriere last week for the annual 4/20 march.
Organizers are decrying declining numbers at the event, but say they are more determined than ever to get government to modernize its approach to drug policy, by recognizing the medicinal, religious, and economic values of the herb.
The march received the public backing of one government minister.