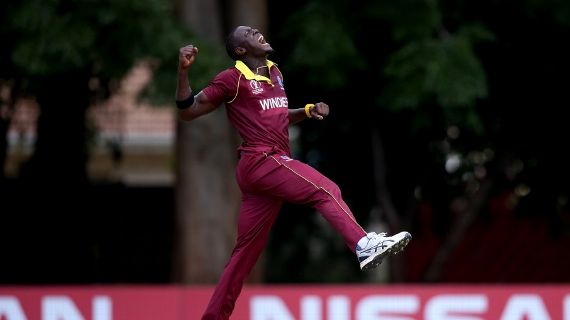 ESPN Cricinfo- For a few moments, West Indies looked in danger of losing to Papua New Guinea, chasing a target of 201.

Chris Gayle was not playing. Their other firebrand opener, Evin Lewis, fell in the second over. They slumped to 58 for 4 to spur the possibility of a spectacular upset. But the captain Jason Holder came out and took charge, scoring an unbeaten 99 off 101 deliveries to seal his team’s second win in as many matches.

Prior to the start of the Qualifier, West Indies coach Stuart Law had expected low-scoring scraps. “It is not going to be making 300-plus and then bowling teams out. It is going to be working out how to get to 180 to 220 and then deciding how to get the 10 wickets. We have to lower that target just to make sure we are safe to play better cricket or make better decisions out in the middle and get the job done.”

Although they were the ones chasing against Papua New Guinea on Thursday, the same principles applied. Shai Hope came in to bat in the second over and played a Test-match innings, scoring 49 off 115 balls while his captain took care of the big-hitting at the other end. Holder began with back-to-back fours. He cruised to his fifty off 65 balls, then leapt from 70 to 93 in the space of two overs and was eyeing a maiden ODI century as the game reached its climax. He was 98 not out. West Indies needed one run to win. Holder was content taking the single and walking off with the win.

As a result, PNG were knocked out of the tournament. Their captain Assad Vala had top-scored with 57 off 89 balls, but was one of only four batsmen who managed double-figures. Carlos Brathwaite was the reason for such a state of affairs, picking up his first five-for in ODIs and instigating a collapse which pinned PNG down from 151 for 4 to 169 for 9.