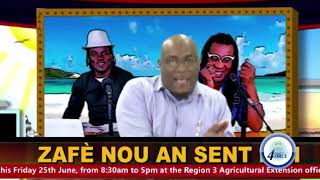 The second postponement of parliament in a two week span, has elicited calls from the St. Lucia Labor Party for the current government to halt its legislative agenda, as an election approaches. The debate on a motion to authorize a loan from a foreign investment bank, was one of the main items on the agenda of the sitting which was called off abruptly.