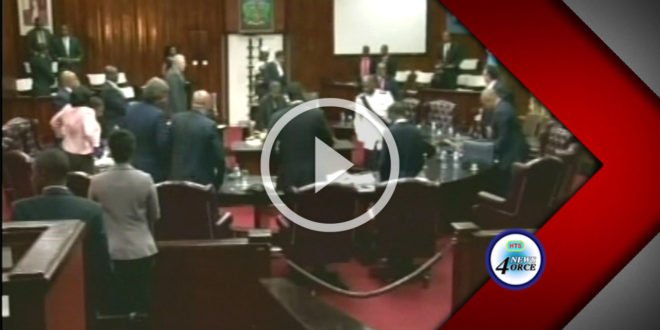 Debate on the 2017/2018 Appropriation bill ended abruptly on Thursday evening.

In a stunning turn of events, the Prime Minister and Micoud South MP, Allen Chastanet stood up and asked that the House stand adjourned until June 20th 2017.

The move followed the contribution to the debate by Castries South East MP and Economic Development Minister Guy Joseph.

Joseph’s presentation capped off a day punctuated by partisan squabbling, interruptions and admonishment from the House Speaker as members of both sides of the aisle traded barbs on a host of issues.

Lawmakers, throughout the session also engaged in a standoff, with members refusing to rise and debate the bill.