Home / News Updates / 2 WEEKS LATER IN BAHAMAS: THE STENCH OF DEATH IS EVERYWHERE 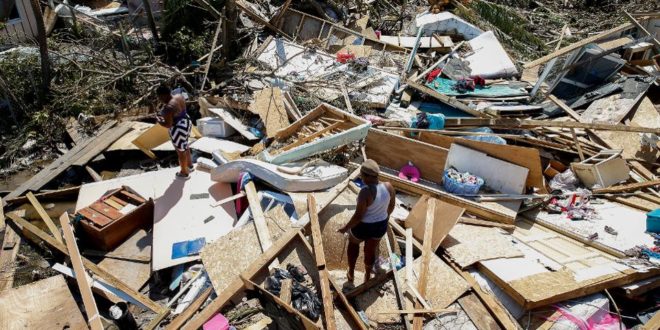 2 WEEKS LATER IN BAHAMAS: THE STENCH OF DEATH IS EVERYWHERE

It takes just seconds here to be overwhelmed by the stench of death.

More than two weeks after Hurricane Dorian wiped out entire neighborhoods, East Grand Bahama still looks like a war zone.
The carnage is so widespread that even police officers can’t bear to see it.
“Police say they don’t want to go there. It’s too hard on them to go see their own people,” said Patricia Freling, a Florida nurse who’s volunteering in East Grand Bahama.
“They think there will be a lot of bodies. So we are preparing for everything.”
Freling is part of a US medic team on an aid trip to Grand Bahama — a once gorgeous island of 51,000 residents before Dorian pulverized it.